European Coal Importers Are Looking Around For New Sources Of Coal 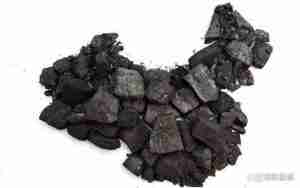 Market sources said European coal importers have developed comprehensive action plans that will assess the coal export capacity of these countries as both price and quality are in line with requirements.

“We have already booked some coal from Tanzania and Kazakhstan as the quality of coal from these two countries is better than many other sources. We have also conducted a tour of coal mines in Nigeria with the aim of tapping into potential but untapped markets. Previously the supply of Russian coal has been stable, so coal from these origins has been overlooked.” A top European coal importer said.

The coal importer also said that some coal from Tanzania and Kazakhstan has entered Europe in the past 2 months. Earlier coal imports from these countries were low, but now there is a possibility of a significant increase in coal imports.

The EU adopted a new sanction against Russia

In April this year, the EU adopted a new sanction against Russia, banning the import of Russian coal, and a total ban is scheduled to take effect from August 10.

Sources say that European coal importers of coal for coal-fired power plants require ideal coals of 5,700 calories or higher, with a sulfur content of 0.8% and volatile matter content of 20% to 24%, and that the quality of coal from new sources is closer to this requirement.

Data from S&P Global Offshore Commodities shows that Kazakhstan has exported 2.85 million tons of steam and coking coal to EU Steam coal importers so far this year, compared with 810,000 tons for the full year 2021. The data also show that Mozambique has increased its coal supply to Europe more than sixfold so far this year compared to the same period in 2021, having exported 1.1 million tons of power coal to Northwest Europe, compared to 22.653 million tons for the full year 2021.

“Russian coal is just the right quality for coal-fired power plants in Europe and can go directly to the plants without any processing. This is not the case with coal produced in the U.S., South Africa and Indonesia, for example, which needs to be blended.” A European coal importer said, “U.S. coal has high sulfur and volatile matter, Indonesian coal is not available in large quantities, and South African coal cannot meet all the needs of European coal importers.“

Following the outbreak of the Russia-Ukraine conflict, global coal prices soared to record highs as the risk of energy supply disruptions increased. With global seaborne prices still near record highs, understandably, profit will be a key consideration for traders as coal importers source coal from these new origins.

Coal prices in Tanzania, Kazakhstan and Nigeria are quite competitive with South Africa and the United States, which is why European coal importers are keen to source coal from these regions, sources said.

“If European coal importers have no choice, they will choose any available coal as an alternative to Russian coal. Tanzanian coal is of high quality at 6,000 calories and India imports coal from Tanzania. Tanzania has port restrictions, but for Europe, their coal is perfect as far as quality is concerned.” An Indian coal importer trading in the European market said, “Since Kazakhstan is out of sanctions, European coal importers also want to import coal from that country, but the quality of that country’s coal is slightly lower than the quality of South African coal.”

The coal importer said coal from anywhere is now very popular with coal importers due to limited coal supplies.

“More coal is expected to be shipped from Kazakhstan to Turkey in June and July due to the reduction in coal supply, especially with the Russian coal ban coming into effect.” The coal importer added.

A U.S. coal importer said that while Kazakhstan’s coal has been popular in the market in recent years due to its low sulfur, exporting coal from the region to other places has not been easy.